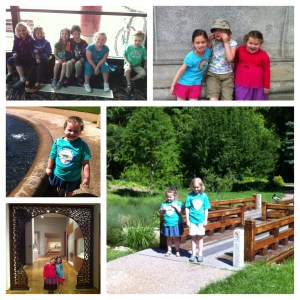 Well. I do not know WHERE this week has gone. One thing about Camp Nellie Bly is that it’s keeping us ALL busy. In fact, Mama may need to dial it down on the research and presentation aspects of this here camp, because between teaching an online class, blogging, and camp prep I am spending pretty much every moment that I’m not with the girls attached to my computer. The problem is, I enjoy the shit out of researching each country. It’s unexpectedly fun to look at each place from the perspective of what my kids would find interesting or engaging. The nice thing about doing this when they’re so young is that I’m more interested in giving them a little taste of these places than I am in them retaining facts and figures. I know they won’t remember every capital or traditional costume, but I hope they will gain a sense for how diverse and colorful the world is, and how many different ways there are to be a citizen of planet earth.  END_OF_DOCUMENT_TOKEN_TO_BE_REPLACED

Well, we’re two days in and so far we’re all still alive, so … WINNING. Things have actually been going pretty swimmingly, especially considering that the weather has been kind of shitty and the super awesome camp T-shirts I made ended up being women’s size medium rather than kid’s size medium, so I guess now they have super awesome camp nightgowns. We’re still figuring out the rhythm of our days. I can already tell that late afternoon/early evening will be useless for getting anything done, which makes now no different from any other time of my life since I had kids, and it only took one day of using the fabled chore chart to know that I was going to have to just suck it up and design one of my own. (More on that – probably more than you would ever want to know – later.) I’m also guessing that the day-of-the-week themes (make-it Monday, take-a-trip-Tuesday, etc.) may fall by the wayside, since what I’m really interested in is learning about the countries and having time with friends, and that doesn’t always jive with the theme of the day. But so far I’m quite pleased with how it’s going. END_OF_DOCUMENT_TOKEN_TO_BE_REPLACED