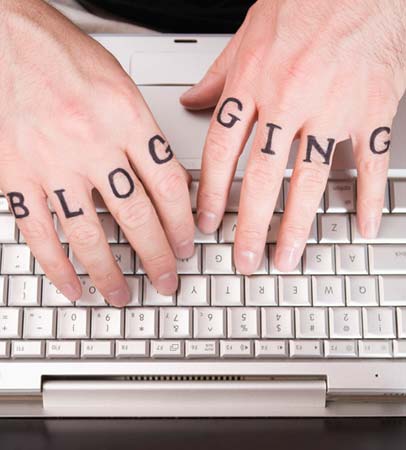 Whoa. Wait a minute. Did you guys know I have a BLOG?!? The hell? Why didn’t somebody TELL me?!

Ahem. I know. I’m hilarious. So … how’s it going? Long time no see! Funny how three years can just cruise by in the blink of an eye like that. I wish I could say I’ve been on some cosmic journey of self-actualization and spiritual growth, but the truth is I just got bogged down in the morass of parenting/wife-ing/friending/teaching/seasonal depressing/social media-ing STUFF that makes up my daily life. And it turns out that once you get out of the habit of blogging, it’s pretty easy to STAY out of the habit. (Although it also turns out that I often think about my life in blog posts, even if they don’t ever make it to the publication stage. I’m sure that says something profound about my mental state, but I frankly don’t care what.)

Anyhoodle, I think I’m gonna crank up this here site again. No promises as to frequency of posting, but I feel like I might have some things to say once in a while, so consider yourself on notice. Shit’s about to get REAL.

Well, we’re two days in and so far we’re all still alive, so … WINNING. Things have actually been going pretty swimmingly, especially considering that the weather has been kind of shitty and the super awesome camp T-shirts I made ended up being women’s size medium rather than kid’s size medium, so I guess now they have super awesome camp nightgowns. We’re still figuring out the rhythm of our days. I can already tell that late afternoon/early evening will be useless for getting anything done, which makes now no different from any other time of my life since I had kids, and it only took one day of using the fabled chore chart to know that I was going to have to just suck it up and design one of my own. (More on that – probably more than you would ever want to know – later.) I’m also guessing that the day-of-the-week themes (make-it Monday, take-a-trip-Tuesday, etc.) may fall by the wayside, since what I’m really interested in is learning about the countries and having time with friends, and that doesn’t always jive with the theme of the day. But so far I’m quite pleased with how it’s going. END_OF_DOCUMENT_TOKEN_TO_BE_REPLACED

I had plans, y’all. I had plans that sometime in early April I’d post one of my “I Write Letters” posts, and dash off a cute note to the blog, saying I’d missed it but I’d been hibernating and now that it was spring I’d start blogging again. It would have been clever and chatty, and you TOTALLY would have forgiven me for not blogging in so long.

But then it stayed winter until mid-May. As in shovel-able snowfall-type winter. IN MAY. Even my most diehard winter-lovin’ friends were like, OK, Minnesota: you can stop now. Given my serious lack of ability to cope with winter, you can imagine my state of mind. I lost what little gumption I had remaining, and the blogging, she did not happen.

So then we had, like, two weeks of spring-esque weather, only colder, and it just got warm around yesterday, in patches, because as has been abundantly proved, this state hates me and wants me to die. But at least the snow is gone and sometimes we can wear sandals instead of rain boots, so I guess this is as close to blogging weather as we’re gonna get.

ALSO, I’m embarking on a certifiably insane program for the summer, and I will need to share the details with you as a kind of pressure-valve, if nothing else. I expect large parts of it will be humorous, at least to people not personally involved. More on that soon. But for now, I just wanted to say “hi.” I’m still here. The state hasn’t killed me yet. How are you?

Hi there. My name is Elise Robinson and I am … well. Where to begin? Since 2003, I’ve been blogging pretty regularly at various places on the internets. And then the parenthood shark swallowed my blogging ability whole (how’s THAT for a painful metaphor?) and I went on an extended hiatus. And then a couple of my friends were all, don’t be a jerk! Start writing again! So I submitted some stuff to an online parenting magazine, but they didn’t really want it, so I dithered around for a while and then I finally decided to start a brand new, all-me, all-the-time website. Because, when in doubt: solipsism.

So who am I? I was recently told by an editor that I’m a “modern parent,” which I guess is as good a place to start as any. I mean, I certainly qualify for that category, in that I am both a parent and alive right now. NAILED IT. Of course, that’s not what most people tend to think when they see the phrase “modern parent” or “modern family,” is it? I mean, “modern” usually connotes something edgy, alternative, boundary-pushing. Anything but old-fashioned and traditional. And that’s where I start smiling nervously and slowly backing out of the room, because for someone who once spearheaded a pro-choice advocacy group AT A CATHOLIC COLLEGE and liked Boy George before it was cool (I know, I know: it was never cool), I have become a pretty freaking traditional person in a scary number of ways. Check it: I am married. To a man. We got married before we had kids. Once we had our two girls, I quit my job so I could stay home with them full-time. My husband supports us by working outside the home. I’m college educated, middle-class, middle-aged, and WHITE, for chrissakes. Practically the only way I could get more traditional would be for you to surgically attach pearls and a twinset and give me a lifetime membership to the Junior League. Could I BE any more boring? (Case in point: I just did a Chandler impression to add humor to my opening paragraph. THIS IS WHAT I’M TALKING ABOUT.)

Well. Ahem. I guess maybe it’s not quite as bad as I’m making it out to be. I have kind of a crazy extended family, for one thing. For example: my stepmom and stepdad used to be married … to each other. Ima give you a minute to work that one out. Take your time. Think it over. Got it? Yeah. There were two couples: my mom and dad, and their best friends, Mr. and Mrs. Future Stepparents, and then both couples got divorced and then they sort of, uh … switched out. Changed partners. Do-si-do’ed. Whatever you wanna call it, it’s most definitely neither traditional nor old-fashioned. All of us kids got YEARS’ worth cocktail party small-talk out of that one, I tell you what. Don’t you want to hear some of the stories? Then there’s the fact that my mom, dad, and step-dad are all philosophy professors. I’m not sure what normal 80’s-era families talked about at their dinner tables (football schedules? Kirk Cameron? Bowling? Seriously, I have no idea) but at our house, we were learning how to construct logical syllogisms while chowing down on our nightly meal. As a game! It’s fun! And I really mean that, which is one reason why you probably don’t want to invite me over for dinner, unless there’s enough alcohol to make me stop correcting your children when they end sentences with prepositions.

Or, if my family quirks (of which there are many! So, so many) don’t trip your non-traditional trigger, how about my faith? For a long time I listed my belief system as “Militant Agnostic: I don’t know and you don’t either,” partly to be snarky-funny and partly because I kind of actually DO think that. But then, right on schedule, I had a mid-life crisis and realized that I was actually probably Buddhist, and sort of unknowingly had been for a while, because that Siddhartha Gautama? Was one enlightened motherfucker.

(Er – I may have forgotten to mention that I have a tendency to swear like a sailor. Does that count as non-traditional and modern?)

I’m also urban, for what it’s worth. Or at least, I don’t know if I’m urban, exactly, but I live with my family in south Minneapolis, MN, in a neighborhood that a realtor would probably describe using words like “up-and-coming” or “a real investment opportunity” and that normal people would just call “kind of shitty.” We’ve been living here for six years now, and the neighborhood is definitely improving, in the sense that we’ve only had ONE fatal-stabbing in a three-block radius so far this year. Woohoo! Raising kids in the middle of the city can be weird – I grew up in the south, and it’s hard for me to fathom a childhood that doesn’t include regular contact with wild snakes and overt racism – but Minneapolis is also a really awesome place to have kids, and if I could just move this town to somewhere south of the Mason-Dixon line I would happily live here forever.

So anyway, that’s me: just your average southern-fried, forty-something, lefty, feminist, academic, Buddhist, theatre-geek mama. As I sit here typing, I’ve got one ear cocked towards the baby monitor in case my three year old decides to, you know, act like a three year old; my husband is trying to lure me away from the computer with a pre-recorded episode of Louie; and in the back of my mind I’m trying to figure out what to make for dinner tomorrow when we don’t have any food in the house and we don’t get paid until Monday. I’m tempted to make some sarcastic remark about how I’m “living the dream,” but my life is actually pretty rad most of the time. Even if I do still use completely outdated 80’s slang words like “rad.” Pleased to make your acquaintance.