Well, that was a refreshing little blog-cation! If by refreshing you mean disease-ridden and sleep-deprived. Which I do. We spent Xmas week in Knoxville, TN with my family, and while it was lovely being in a normal climate again, and seeing my sibs, and watching all the kids play together, it was also possibly the most sickly vacation I’ve ever been on, and that is saying something. Over the course of a week and a half, we experienced:

And that was just in my immediate family! As one of my friends observed, it was like some kind of fucked-up Twelve Days of Christmas. I can now definitely state that I prefer the traditional version.

However, we ate like kings, and we played many card games, and sang carols and engaged in other festive family bonding activities. AND I got some grade-A loot, which, let’s face it, is the whole point. (I’m kidding! Kind of!) I had a red letter year, in that I got both a handbag: 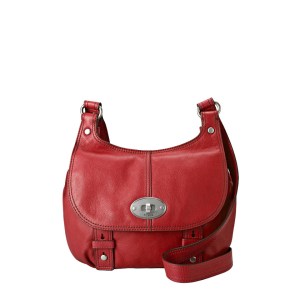 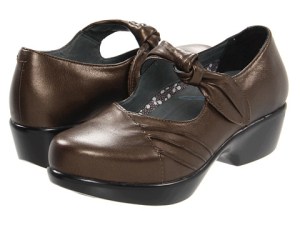 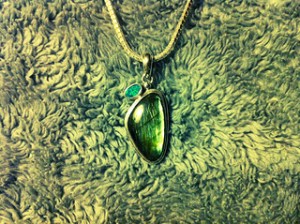 PLUS Chad actually got me a real, honest-to-god, hardcover book. Like, that takes up shelf space and everything. (My book addiction may or may not occasionally be a bone of contention in my marriage. Particularly when we have to move said books. Hypothetically.)

So I basically made out like a bandit, which I feel is a totally authentic way to celebrate this time of year, in that I need some goddamn material pleasures to get me through the months of January, February and March without going sui- and/or homicidal. I don’t know if I’ve mentioned it here before, but I HATE WINTER. I mean: HAAAAAAATE. And I don’t know if you’re aware of this, but Minnesota is a helluva stupid state to live in when you hate winter. I have many friends for whom this is a joyous time of year, filled with wholesome pleasures like ice-skating, skiing, sledding, snowman-building and hot-chocolate drinking. And I say bully for them. But here’s the thing: I haven’t skated or skied since about the 6th grade, I hate sledding, and having enough snow for snowmen means that the outdoor landscape might as well have serotonin-reuptake accelerator written all over it, which is my mind-bogglingly nerdy way of saying winter can SUCK IT. (Hot chocolate, being neither cold nor white, is still OK with me.) So while other, admittedly healthier, people are out enjoying all that the season has to offer, I will be indoors, preferably in a reclining chair, wrapped in multiple afghans, reading a novel, while stroking the soft leather of my purse and occasionally stopping to admire the sheen of my shoes and necklace. Happy sodding New Year.

He’s the reason for the season

Whoa, where did that week go? Christ, the Christmas prep is killing me this year. It’s like a perfect storm of no money, no time, no ideas. Speaking of Ol’ Jesu, our kids, who have darkened the doors of a church I think once in their young lives, have recently adopted their parents’ blasphemous epithet habits. Ellie, on stubbing her toe: “JESUS CHRIST, my foot hurts!” Sylvia, on anything that affects her in any way whatsoever: “OH MY GOOOOOOD!” We cringe, we reprimand, we give them more acceptable alternatives (“say ‘Oh my gosh!’ instead! Or ‘holy cow!'”) , we talk about being respectful of other people’s belief systems (yeah, I’m THAT parent) … nothing has really made a dent. The irony is that, of course, Chad and I say those things primarily to avoid saying something even less appropriate for a 3 or 6-year-old. And I guess I’d rather hear the occasional (ok, constant) “Oh, my God” than “Holy shit!” or something. It’s just our little way of appreciating the Messiah, in this, the appropriated month of his birth. Speaking of which: 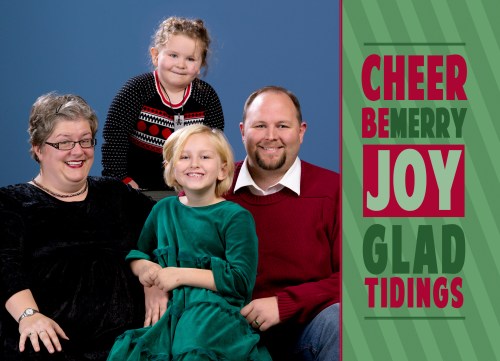 You know how in most family photos, there’s that one kid who never looks quite right? Yeah. I’m that kid. 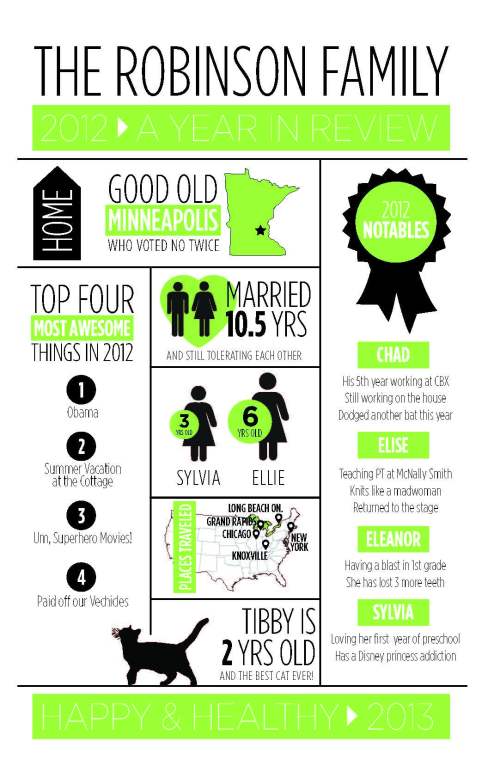 This was our Xmas letter this year. I love being married to a graphic designer, I tell you what.

We’re heading out to parts southern tomorrow, to spend Xmas with family. Blogging will almost certainly be light. Hope you get lots of good loot! Also world peace!

You know what you should watch tonight? This:

A) David Bowie does the introduction, and B) it is full-on wintery wonderful. And that’s saying something coming from this cold-weather-hating lady. Go on. Click play. 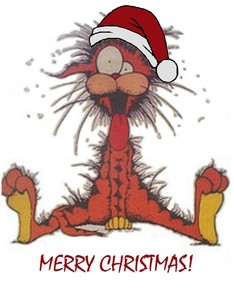 Look, I don’t want to freak anyone out here, but … it is the last week of November, y’all. There is officially less than a month left until Christmas. And je suis SERIOUSLY UNPREPARED.

Now, I love Christmas. Despite the family drama, the disappointments, the frenetic pace and hemorrhaging of funds from my bank account, it’s still my favorite holiday. Which has just about zero to do with the alleged birth of one Jesus H. Christ, who, even IF you accept him as a historical figure WAS NOT BORN IN DECEMBER do not get me started. It’s all about having a solstice celebration to get us through the darkest part of the year, and celebrating family rituals, and also OMG presents! Presents for EVERYONE! Which really is the awesome part, but also really can be the stressful part, in that I am neither a) Martha Stewart nor b) independently wealthy.

I don’t know if I mentioned in my introduction how many kids there are in my family. There are six of us in total. I’m the oldest, then my two biological siblings, then my three step-siblings. We span a range of 10 years; four girls and two boys. The whole psychotropic Brady Bunch situation we’ve got going not only made for some extremely interesting living arrangements, what with two couples sharing different joint custody arrangements with six kids, it also was a real study in the radically different way members of the same nominal tribe can construe the meaning of the term “family.” Like for example, I personally would say that I have five siblings and four parents, and I typically distinguish between “step” and “bio” family members only when it would confuse other people not to do so. I do not think that all the members of my family feel the same way; each person has their own way of thinking about that grouping, their own sense of who’s in and who’s out, and Christmas is often the time of year when that becomes most apparent. When we were kids it was pretty straightforward: you gave a gift to everyone. As we’ve gotten older and partnered and spawned it’s gotten more complicated. For a while we we came up with an insane gift-giving matrix that supposedly spread the financial and emotional burden evenly around, and didn’t require anyone to give a gift to anyone for whom it might be awkward. This quickly became untenable (for both logistical and sanity reasons) and for the past five-plus years we’ve been in a weird gift-giving limbo, where some of us sometimes get individual gifts for everyone, and some of us do family gifts, and some of the gifts are sort of token/Christmas ornament-type gifts and some do labor-intensive handmade projects and everyone feels vaguely weird about it. Or that could just be me projecting.

Anyway, a few years ago I decided that the only way I could think about the gift-giving thing without losing my ever-loving mind was to figure out what mattered to ME about the gifts. Like, was it important for me to give the same as I was getting? Did I have to give every person their own gift every year or would I be ok rotating? (annually, for example) How critical was it that the gifts I gave be something their recipients specifically asked for? And so on. Which, actually, I think these are pretty good questions for *anyone* to think about at the holidays, and maybe I’m late to the party, but anyway, what I came up with was, 1) I like giving gifts to everyone, every year. 2) This pleasure is not connected to *getting* gifts from everyone, every year. So, you know, I don’t have to have that “well, X didn’t give me a birthday present last year so are we not doing that any more or what?” conversations with myself. I have successfully removed any reciprocity clauses from my gifting platform. 3) I look at gifts as a way of telling the recipient that I’ve spent time thinking about them with affection. And the time and affection are the important things, not crossing items off a list or spending a given amount. 4) Once the gift is given, my part of the ritual is done. Maybe the recipient will cherish it for generations, maybe they’ll throw it in the trash first chance they get. Maybe I’ll get a thank-you note, maybe the person will never refer to the item again. Doesn’t matter. My job is to give with thought and affection, and that’s it.

Which is grand and all, and I really do think it’s the right approach for me and my family, but I tell you what: there are times when I really wish I could just win the fucking lottery already so I could hire a personal assistant to buy impersonal but wildly extravagant loot for my nearest and dearest. (Personal assistant would be third in line, after I hired a full-time, live-in housekeeper and a personal masseuse. Aw, yeah.) BECAUSE IT WOULD BE SO MUCH EASIER. Christ, the time. THE TIME. It flies, and I do not know what I am doing for people! Last year I decided in mid-October that I was going to knit every adult in my family a hat, goddammit, and that’s what I proceeded to do. I think some people probably wear them. I’m sure some don’t. But I make a decent hat, and it was fun picking the colors and patterns to match each person, and amazingly I did not get carpal tunnel from knitting two dozen hats in the space of a month and a half. Mostly that’s the kind of present I like to do: handmade, creative, personal, and functional. One year I did lino-cut prints; one year I made everyone felted things; sometimes I do jewelry.

But this year, I did a show, which just closed. Which means my crafting season got cut down to 1/3 its normal size. And all my siblings have partners. And most of them have at least one kid. Plus parents. And in-laws. Also kids’ teachers. And probably some friends. Plus broke, plus kids to take care of and classes to teach. (At least the holiday cards are done. Thank you Costco for your sweet, sweet cheapiness.)

I mean, it’s the usual stuff, right? Just the usual holiday crap. And of course I’m grateful even to be in the position of fretting about gifts, and not, say, salvaging the remains of my material goods from Superstorm Sandy, or something. So anyway, I’m not looking to get out of giving the gifts this year (attention family and friends: do not, repeat NOT, post comments telling me not to give you anything. I mean it.) But I am wondering what other people do on the gift-giving front, and what good ideas and advice you smart people might have. Also Pinterest. Pinterest will have some ideas…