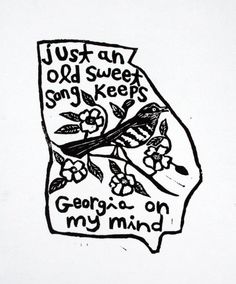 So here’s the deal: As many of you know, my academic career kind of stalled out right around the time I had my first kid. I was one of those silly, silly people who  went straight through from my BA program (in MN) to my MA program (in OH) to my PhD program (in CA) with nary a pause for rest or reflection. I’ve always known what I wanted to do (theatre), and I’ve always been good at school (nerd), so it seemed like … uh … the thing to do, you know?

But it’s funny how when you’re in your early twenties and not super self-aware (I know; redundant) you can convince yourself that doing a dissertation is totes no big deal, and you can fer sher take that full-time teaching job in another state while completing your thesis, and, heck, you don’t even really need a lot of contact with your committee! You are a self-motivated power-house of academic fortitude! Sure, you suffer from medicate-able levels of anxiety and depression and wrote 90% of your term papers the night before they were due and possibly your chosen topic is a little broad but WHAT POSSIBLE EFFECT COULD THAT HAVE? No, YOU shut up.

Man, my twenty-something self was dumb. END_OF_DOCUMENT_TOKEN_TO_BE_REPLACED

Posted in Academe, announcements, Georgia On My Mind, Theatre

Ellie has entered the “Colonial History” phase of first grade this past month, and let me tell you, it is AWESOME. The other day she had an assignment to draw the Battle of Lexington (!) and her ink rendering of patriots and redcoats running hell-for-leather at each other, loaded .45’s (sorry, Dad) gripped in both hands (those colonials were HARDCORE, y’all), with little dotted lines to mark the bullet trajectories … well, if they don’t hire that girl to illustrate elementary school textbooks when she grows up, it’s a crime, that’s what.

The colonial era is one of my favorite historical periods, and one of the only periods of American history that interests me. (Yeah, I prefer European history. I also voted for Obama, eat arugula and yearn for a single payer healthcare system. I’m a pinko, is what I’m saying. Try to contain your surprise.) It never occurred to me until this month that one of the probable reasons for my enthusiasm about the American Revolution is that I grew up in one of the original 13 colonies. And you better believe that even in the free-lovin’ 70s, every little Georgia scholar had it drummed into their brains that we were among the first – the last of the first, to be precise, squeaking into that elite group at the late date of 1733. It’s cool, dammit! Even as a first-grader, I was awed by the ineffable link between my boring daily life and the exciting days of Boston Tea Parties and cruel winters in Valley Forge. Starvation! Marching with your feet wrapped in rags! The Redcoats are coming! SHIT JUST GOT REAL, YO.

I kind of wonder if wee Minnesotans have that same sense of wonder about something that happened not only so very long ago, but also so very far away. Anachronistic illustrations of weaponry aside, can they comprehend the reality of the Revolutionary era? Or is it just another story from “once upon a time?” I don’t know, but having volunteered in Ellie’s class recently I can tell you that (1) Ms. Larson, Ellie’s teacher, is an enthusiastic and creative leader on this historical journey (her in-class reenactment of Jefferson throwing out discarded pages from the Declaration of Independence is a sight to behold), and (2) first-graders think the word “Monticello” is HILARIOUS. I have no idea why.

END_OF_DOCUMENT_TOKEN_TO_BE_REPLACED

It’s my ASS that’s bigger, and possibly my tits. My arms continue to be normal human length. Please take note.

Actually, “Because I have a lot of homework that has to get done” is NOT generally considered a valid excuse for leaving a 3-hour class 2 hours early. Particularly when you haven’t been exactly awesome about completing the homework for MY class. If you were expecting points for honesty, think again.

If anyone else ignored me so repeatedly, despite all my best efforts, I would totally leave their asses in the dust. But I just can’t quit you, baby. Maybe next time you’ll gimme some of that sweet financial sugar I want so bad.

Posted in Academe, You Have Got to be Kidding Me

Random Tidbits of a summer evening

Contrary to popular belief, it is not actually my problem that you haven’t gotten your textbook yet. Having ordered the books for the school bookstore, posted direct links to three different online vendors, and provided you with copies of the first two weeks’ readings, I really feel like my job with respect to your acquisition of the (single, reasonably priced, REQUIRED) text is completely done. I mean, really.

You registered two weeks late. You didn’t contact me until I noticed you on the roster and emailed to see why you hadn’t logged in. You said you needed to talk with me on the phone to “discuss expectations,” but the number you provided was non-functioning and though I gave you my number you never called. We’re now in week five and you still have not logged in … to this exclusively online course. Can you please just cut me some freaking slack and drop already?

For real, the Squab

Please back the FUCK OFF my kid.

Thank you for finally stopping the sociopathic weather and granting us several delightful June days. Now can you please hold off with the 90s and high humidity until we get the new patio in? I’m not joking. YOU OWE ME.

Much obliged, the Squab

So the Hatchling staged a coup at preschool last week. I knew I was in trouble when her preschool teacher (whom we love) came out of the classroom to where all the parents wait in the hallway, and pointing her finger successively at four of us, said, “You, you, you and you – I need to talk to you.” We winced and slunk into the classroom while the other parents looked on in sympathy mixed with relief. It TOTALLY felt like getting called into the principal’s office, NOT THAT I WOULD KNOW, since I was one of those kids who never GOT called into the principal’s office, because my whole aim in life was to please my teachers. Because I’m an oldest kid, and we like to get approval from authority figures. UNLESS YOU’RE MY DAUGHTER. Because apparently nobody told the Hatchling this, and she and three of her favorite little playmates went completely Mutiny on the Bounty on their preschool teachers. Collectively, they refused to help clean up at clean-up time, would not join the group at group time, trashed the reading nook during snack time, and (thus) did not get to go outside and play at the end of the day. As soon as we walked into the room, the Hatchling and the other little girl in the group both started crying; they knew they were in trouble. The little boys opted for the avoidance tactic, and just looked away like they didn’t even know any of these people and where were they, anyway? We spent about 10 minutes sternly exhorting our wayward progeny to clean up the mess, pronto, no I mean do it right now, RIGHT NOW, miss, you are going to get in TROUBLE, and now go apologize to your teacher and we are going to have WORDS on the way home. Sigh. Of course, their teacher was horribly sick that morning, so my theory is that they sensed weakness and went in for the kill. Which maybe makes it even worse. Honestly, y’all, I have no template for this. I was a goody-two-shoes all through school. I mean, there were MAYBE two times when I got my name up on the board for talking too much, but lawsy, that alone was enough to just about bring me to tears. I didn’t even start THINKING about sticking it to the man until grad school. I am trying to look on the bright side. Perhaps she’ll be an inspirational activist type! Or … a union organizer! Yeah, that’s the ticket. Alternatively, she could end up stealing hubcaps after dropping out of school at thirteen. That’s parenting! Always an exciting option somewhere down the road!

Comments Off on Just call her Che

Christ, how did it get to be Friday already?

The house is a mess, they’re doing road work so the water is turned off all day, the kids are extra cranky, it’s like a sauna outside, and all I really wanna do is take a long nap in my air-conditioned bedroom.

Oh, plus I wanna move to France. Via Kevin Drum:

— Does objectivity in history presuppose the impartiality of the historian?

— Are there questions that are un-answerable by science?

I mean, I know I’m an elitist liberal pinko commie treehugger, and I know comparisons are odious and all, but honestly: can you IMAGINE such questions on any kind of high school test in the US? ‘Cause I sure can’t.

Comments Off on Christ, how did it get to be Friday already?